The central premise of my work is that the Franklin women, extraordinary yet representative, provide a unique opportunity to explore women’s lives because they do not have the presence and the power of Adams or Dolley Madison, but they are not truly “conventional” women either.  They were dependent and independent, middling sort and elite, traditional and non-traditional; it is that complexity which makes them intriguing subjects.  By centering different stories, I can understand the actions the Franklin women took and the decisions they made as well as come to a new understanding of early American gender roles.  Beyond that, however, their lives become a prism on larger issues of revolution, politics, and nation building in eighteenth and nineteenth century Philadelphia and the wider Atlantic world.  This project allows me to add these complicated women’s voices to contemporary and current national conversations about our American past, especially given biographies have always held an important place in wider public.  This book is under contract with Oxford University Press.

In addition to presenting numerous conference papers on the Franklin women, I have published "'There Is Graite Odds between A Mans being At Home And A Broad': Deborah Read Franklin and the Eighteenth-Century Home" in the journal Gender and History, Volume 21, Issue 3, 2009, pp. 592-607 and "Reading Early American Women’s Political Lives:  The Revolutionary Performances of Deborah Read Franklin and Sally Franklin Bache," forthcoming in Early American Studies, 16, no. 2 (Spring 2018).

You can learn more about my work on the Franklin women from "Ben Franklin's World: A Podcast about Early American History," Episode 22 and you can listen to my interview on Tish Perlman's "Out of Bounds" radio program.

There are two, sometimes competing but often entwined, deeply entrenched images of Anne Hutchinson: First, that of the iconic heroine who valiantly if unsuccessfully fought for the right to express theological beliefs that were different from the colony's rulers.  Second, that of a “proto-feminist” who adamantly fought those powerful and well-educated men who ruled Boston with a patriarchal iron fist. Yet neither of these images fully captures the complex figure that was Anne Hutchinson.  In the course of her brief time in Massachusetts she challenged numerous Puritan “orders” and organizational structures.  She not only attracted women and later men to her Bible-study classes, she also became powerful in her own right as her reputation for scriptural interpretation grew. Yet her threat to the success and survival of the Wilderness Zion was not intentional.  She was, after all, a traditional woman (albeit supremely confident, well educated, and assertive) married to a well-to-do merchant, a mother (of 15), a midwife (if not formally, at least as an elite, well-respected woman with vast childbirth experience), and a devout Puritan who wished to see the experimental “City Upon a Hill” succeed. Nevertheless, her challenges to the church and family did translate into a challenge to the state. 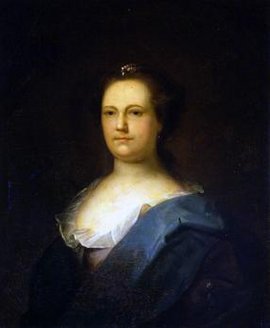