My research addresses questions about the evolutionary history of plants. To answer such questions, I and my research students analyze plant DNA. Molecular systematics is the use of DNA (and other molecules) to reconstruct phylogenies (our best guesses of evolutionary history). We have used molecular systematics to study the evolutionary relationships among different species of plants in the order Cucurbitales  (cucumbers, squashes, begonias, and a few other smaller plant families). We are also using DNA at the level of populations to study small-scale evolution within a species. Population genetics is the use of genetic information to characterize the variation that exists in populations.

The questions that most intrigue me are evolutionary ones. For example, how did Hillebrandia (a begonia) come to exist in Hawaii and nowhere else? How did bacterial symbioses in plant roots evolve? How do plants and their parasites co-evolve?  I have been working collaboratively with scientists at Cornell College and the Smithsonian to understand if "rainforest cucumbers" (genus Gurania of the Cucurbitaceae family--the squash and pumpkin family) have coevolved with their insect parasites, fruit flies that belong to the genus Blepharonuera (Diptera). More recently, my students and I have begun to look at the question of how species evolve on islands. We are characterizing the genetic variation in the inkberry (Scaevola plumieri) in Puerto Rico using microsatellites as a way to understand how this native species might be impacted by a closely related invasive species (Scaevola taccada).

How to Get Involved:

If you interested in conducting research in my lab see details below:

Student funding is typical for support to conduct their project.

Here are some photos from recent research trip to Puerto Rico 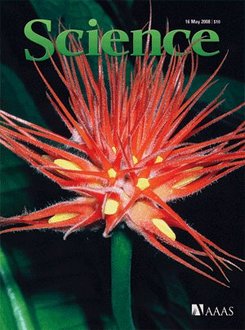 Research with my collaborators was published in Science, the world’s leading journal of original scientific research, news, and commentary, published by The American Association for the Advancement of Science.

Read more about it here. 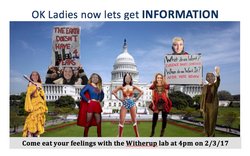