Thomas Shevory is Professor of Politics at Ithaca College. He has published six books and numerous scholarly articles on issues related to law, public policy, and popular culture, with special attention to health and environment.

Shevory's work on legal history has investigated the political meanings of early constitutionalism, focusing on the relationship between ideology, interpretation and political economy in the jurisprudence of John Marshall and the early Supreme Court.

In NOTORIOUS HIV: THE MEDIA SPECTACLE OF NUSHAWN WILLIAMS, Shevory revealed constructions of race and HIV within the geographies of deindustrialized America. Drawing upon ethnographic methodologies, Shevory exposed the nature of the media panic in the case of Nushawn Williams, a young African-American man accused of knowingly transmitting HIV to young women in a small upstate New York town. The book has been described by critic Michael Bronski as a "stirring analysis of the case."

TOXIC BURN: THE GRASSROOTS STRUGGLE AGAINST THE WTI INCINERATOR, continued a methodological approach that intertwined ethnographic observation with political and legal analysis to recount the history of the WTI incinerator, at one time, one of the most contested EPA sanctioned facilities in the U.S. Citizen opposition to its siting and operation is a benchmark in the evolution of the modern environmental justice movement.

WHEN GOOD COMPANIES GO BAD: 100 CASES OF CORPORATE MISCONDUCT AND MISTAKE, co-authored with Donald Beachler, takes an encyclopedic approach to some of the 21st century's worst cases of corporate malfeasance.  It was published in  2014 (ABC-CIO/Greenwood).

Most recently, Shevory has written about his bicycle tours around the five Great Lakes, and what he learned about the environmental, economic, and political landscapes that he encountered.  THE GREAT LAKES AT 10 MILES AN HOUR: ONE CYCLIST'S JOURNEY ALONG THE SHORES OF THE INLAND SEAS was published in October 2017 by University of Minnesota Press.

His current research involves a historical, economic, and ecological analysis of Onondaga Lake, sometimes described as "the most polluted lake in America."

As a continuation of his project to interweave political, economic, and environmental analysis with bicycle touring, he has begun cycling some of the world's great rivers: So far, he has tackled The Mississippi, the Mekong, The Rhine, and the Danube.

Shevory has taught as a Fulbright Scholar at The Free Independent University of Moldova and Moldova State University, in Chisinau, Moldova. He has been Coordinator of the Ithaca College Environmental Studies Program and Chair of the Department of Politics.

In 2010-2011, he again taught as a Fulbright  Scholar, this time at the National University of Mongolia, in Ulanbaatar.

In Fall 2018, Shevory became Coordinator of the Ithaca College Legal Studies Program and helped facilitate its transition from the School of Business to the School of Humanities and Sciences, with the goal of creating an interdisciplinary liberal arts major with a focus on law, legal analysis, legal institutions, and justice. 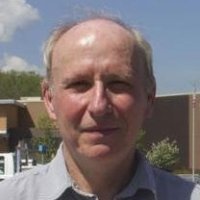