Gordon teaches television production, development and digital distribution following 20 years in the television industry in Hollywood and New York as Executive Vice President of Creative Affairs for Viacom Productions. There he was in charge of prime time programming where over 2000 hours of programming were produced including the series Sabrina The Teenage Witch for ABC, The Chris Issak Show for Showtime, Ed for NBC and the Emmy nominated 4400 for the USA Network.

His creating/producing work in television continues with two projects for 2014: an independent feature film, "Santa Con," reuniting with "Sabrina", Executive Producer Paula Hart and Star/Director Melissa Joan Hart  and the third in a four-part series, "Creating Television, From Pitch to Production" for the Academy of Television Arts and Sciences Foundation. Recently, he co-produced and co-directed a six-part comedy series for Rocky Mountain PBS, "Good Grief".

Gordon is on the Editorial Board of the Princeton Review Guide to Top Television, Film and Digital Media Programs at Colleges and Universities.  For the past 19 years, he has been a member and former chair of the Education Committee of the Academy of Television Arts and Sciences where he produced the College Television Awards Screenings featuring the nation’s best in film and digital works; three of his students won national awards in this competition. He is also a longtime mentor in the group’s Student Internship Program where each of his mentees have enjoyed a 100% success rate in achieving employment in the industry--his first intern is a Vice president of the CBS Television Network.

For samples of his student's work, as well as clips from Gordon's portfolio, go to www.gordonsnotebook.com 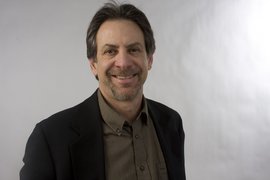