ITHACA, NY--Two faculty pianists from the Ithaca College School of Music, two tango dancers from Argentina and Russia, and a video remixer from the Roy H. Park School of Communications will pool their talents on Thursday, Nov. 16, in an extravaganza performance of tango composer Astor Piazzolla’s “Quatro Estaciones Portenas” (The Four Seasons of Buenos Aires). Free and open to the public, the event will begin at 7 p.m. in the Hockett Family Recital Hall in the James J. Whalen Center for Music.
Born in 1921 in Argentina, Piazzolla revolutionized traditional tango by incorporating elements from American jazz and classical European music. “Quatro Estaciones Portenas” reflects that rich mixture of influences. With Jairo Geronymo and Diane Birr performing a four-hands recital of Piazzolla’s work, tangueros Joaquin Canay and Larisa Kuznetsova will interpret the music’s textured rhythms while assistant professor of television-radio Tom Nicholson will fill two video screens with remix projections of archival footage provided by the Smithsonian Institution’s Human Studies Film Archives.
A joint presentation by the School of Music and the Finger Lakes Environmental Film Festival (FLEFF), the event previews the collaborative multimedia, music and film offerings scheduled for FLEFF 2007. That spring festival will take place March 26 to April 2.
“Piazzolla lived in Buenos Aires, New York City and Paris,” Geronymo said. “His compositions reveal a teasing out of the dialogue between European classical forms, American jazz and Argentine national identity as expressed in the rhythms of tango.”
Piazzolla’s music, Geronymo added, exemplifies a series of border crossings that reject smooth assimilations of influences and creates room for musical explorations.
“The multiple screens, the dancers, and even the costuming of the pianists and lighting are designed to move the music from the abstract to a concrete zone that appeals to more senses than the ear,” said Patricia Zimmermann, professor of cinema, photography and media arts. Along with professor and chair of politics Tom Shevory, she codirects FLEFF. “This year, soundscaping—exploring environments that lie beyond sight—is one of FLEFF’s programming streams, and this multimedia performance, with its rendering of seasons changing in another part of the world, exemplifies the wide range of innovative ways artists are considering this idea.”
FLEFF’s other programming streams are:
For more information on the event, contact Patricia Zimmermann at (607) 274-3431 or patty@ithaca.edu. For more information on FLEFF, visit www.ithaca.edu/fleff.

Originally published in News Releases: Tango Recital and Multimedia Performance at Ithaca College Will Appeal to the Senses. 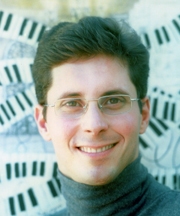 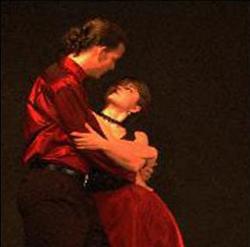