ITHACA, NY—As a component of the 11th annual Finger Lakes Environmental Film Festival (FLEFF), 7th Art Corporation—a major collaborative partner of FLEFF—is showing 25 films at Cinemapolis and Fall Creek Pictures during the weekend of April 4–6. The screenings will feature visiting filmmakers and guest speakers, who will be available for audience discussions and community forums. FLEFF will run from March 31 to April 6, with most events occurring on the Ithaca College campus. Those events are free and open to the public; there will be a charge for the downtown screenings.

“The films at Cinemapolis and Fall Creek Pictures will provide cutting edge programming, 35mm films, theatrical exhibitions, movie business know-how and moxy, and the best concessions in town,” said Patricia Zimmermann, Ithaca College professor of cinema, photography, and media arts.
“Under the able and imaginative management of Lynne Cohen and Rich Szanyi, Cinemapolis and Fall Creek Pictures are part of the nonprofit 7th Art Corporation, which is dedicated to bringing quality art cinema and public forums about international cinema to the Ithaca community,” added Tom Shevory, professor of politics and, with Zimmermann, codirector of FLEFF. “Those who cherish downtown cinema are urged to join us for a weekend of exciting international documentary and feature films as well as special galas and gatherings following the screenings in downtown venues.”
Among the screenings are three silent film and live music world premieres in Cinemapolis:
Friday, April 4, 7 p.m.
“It” (1927), starring Clara Bow, with jazz by Fe Nunn and Friends and spoken-word performance by Cynthia Henderson.
Saturday, April 5, 2 p.m.
“Steamboat Bill Jr.” (1928), starring Buster Keaton, with Americana music by the Common Railers.
Sunday, April 6, 7 p.m.
“Grass: A Nation’s Battle for Life” (1925), a documentary of the migrations undertaken by Persian nomads, with improvisational experimental music by Chris White, Peter Dodge and Robby Aceto.
Other downtown film highlights include:
Saturday, April 5, 7 p.m., Cinemapolis
“The Price of Sugar” (Ithaca premiere)
This documentary profiles the courageous Father Christopher Hartley, a Spanish priest who travels to the Dominican Republic to stop a modern-day slavery operation. Thousands of Haitian men are forced to work in inhumane conditions to harvest sugar cane for obscenely rich sugar barons. Standing up in the face of multiple death threats, Father Hartley bravely teaches these dispossessed workers to stand up for themselves and improve their lives. Narrated by Paul Newman.
Friday, April 4, 9:30 p.m. and Sunday, April 6, 4 p.m., Fall Creek
“Steep”
This documentary tells the story of big mountain skiing, a sport that barely existed 35 years ago. It started in the 1970s in the mountains above Chamonix, France, where skiers began to attempt descents so extreme that they appeared almost suicidal. Now, two generations later, some of the world’s greatest skiers pursue a sport where the prize is not winning, but simply experiencing the exhilaration of skiing and exploring big, wild, remote mountains.
Ticket Information
Festival passes (not single tickets to individual shows) are available at Cinemapolis, Fall Creek, and the Ithaca College campus at the bookstore. Payment for festival passes and for all tickets is by check and cash only. Festival tickets and passes are NOT sold online. Seating at all screenings is on first-come, first-served basis).
Individual ticket for one evening screening (Fri, Sat, Sun )     $8.50
Individual ticket for one matinee screening (Sat, Sun)           $6.50
Student with valid I.D. (Sun evening only)                           $6.50
Festival Five Pass*                        $40.00
Student Five Pass with valid I.D.*    $32.50
*Please note that several people can share a Five Pass, or one person can bring several people to one film.
A complete listing of the downtown screenings, along with any schedule updates, is available at www.cinemapolis.org. FLEFF 2008 will run from Monday–Sunday, March 31–April 6. A complete list of events, including a day-by-day calendar, is available at www.ithaca.edu/fleff.
Launched in 1997 as an outreach project sponsored by Ithaca College, Cornell University’s Center for the Environment and Eunadi Center for International Studies and others, FLEFF has become a major regional event in upstate New York and enjoys an international reputation as a cutting-edge, multi-arts program.
For more information and to schedule interviews, contact Patricia Zimmermann at (607) 274-3431 or patty@ithaca.edu, or Tom Shevory at (607) 274-1347 or shevory@ithaca.edu. 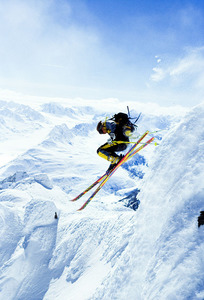