Ithaca, NY--Ithaca College professor Patricia Zimmermann will head for Park City, Utah, and the famed Sundance Film Festival next week to participate in the weekend panel discussion (Saturday, Jan. 20)  titled “The Times, Did They A-Change?” which examines how the counterculture has changed since the 1960s.
A number of films at the festival bring up issues relating to American counterculture and the ways in which it has changed over the past 30 to 40 years. The most noteworthy of these is the opening night film “Chicago 10,” which is Brett Morgen’s new documentary about the trial of activists following the 1968 Democratic National Convention. The panel will discuss such issues as “What happened to counterculture? Why does it look different today than it did in the 1960s? Some might argue that its ideological underpinnings have been eroded—others that it is routinely absorbed by the machinery of mass media. But, what does the term really mean and how does it relate to politics, activism, and protest? What about race, culture, music and film?”
Zimmermann will be in distinguished company, as fellow panelists will include filmmakers Brett Morgen and Julien Temple, political and cultural commentator Todd Gitlin, investigative satirist Paul Krassner, and film scholar B. Ruby Rich.
“Media that questions power takes different forms now than it did during the 1960s,” observes Zimmermann. “We’ve moved from one screen to many screens, with many different platforms, like interface and software art, locative media, live remixes of image and sound, and installation art. And, accessible technology has blurred the lines between amateur and professional as well as the nonprofit and commercial, creating new ways and new places to critique politics and create change in games, blogs, viral media, flash animation, public art, performance art, music, projections in public spaces and on YouTube .”
Zimmermann, a professor of cinema, photography and media arts in the Roy H. Park School of Communications at Ithaca College, is an acknowledged authority on film history, documentary and experimental film and video, feminist film, social and political theory of media and digital media arts. She has lectured across the globe and is the author of “Reel Families: A Social History of Amateur Film” (Indiana, 1995), “States of Emergency: Documentaries, Wars, Democracies” (Minnesota, 2000) and “Mining the Home Movie (California, 2007). Zimmerman is also co-director of the Finger Lakes Environmental Film Festival. 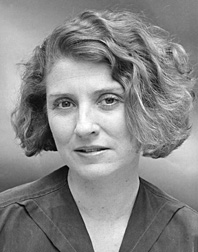