I Drank the Kool-Aid: Carlos A. Gutiérrez

Posted by Patricia Zimmermann at 9:47AM   |  Add a comment 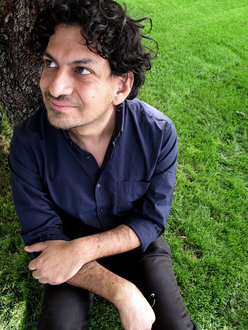 Carlos A. Gutiérrez is Co-founder and Executive Director of Cinema Tropical, the New York-based nonprofit organization that has become the leading presenter of Latin American cinema in the US. As a guest curator, he has presented several film/video series at different cultural institutions, including MoMA, the Guggenheim Museum, BAMcinématek, and the Film Society of Lincoln Center. He is a contributing editor to BOMB magazine. He has served as a member of the jury and panelist for various international film festivals and funds including Morelia, Seattle, SANFIC, DocsMX, the Sundance Documentary Fund, and the Tribeca Film Institute's Latin American Media Arts Fund.

Based on my very first experience attending the Flaherty Film Seminar in the summer of 2003, I never would have thought I’d become part of the Flaherty family.

My first experience at the seminar, which probably was not that different from many other people’s, was overall frustrating and discouraging, even though I saw some amazing work and met some great people including filmmakers Eryk Rocha, Ernesto Ardito and Virna Molina.

For me, having recently graduated from a MA in Cinema Studies program, it seemed redundant to return to an environment where academic discourse and personal interpretations predominated over the interests of the cinephile.

However, the then Executive Director Margarita de la Vega Hurtado insisted that I return and so I did in 2004, for the seminar marking the Flaherty’s 50th anniversary, and again a couple of years later. I was not conscious at the time that I was slowly sipping the Flaherty Kool-Aid.

To my surprise, I was then selected to program the 2007 seminar, along with my friend and colleague Mahen Bonetti. We had previously partnered to produce an outdoor screening of Marcel Camus’ Black Orpheus at Brooklyn’s Fort Greene Park back in 2002, drawing a wonderful crowd.

One of the biggest assets of the Flaherty Seminar is its placement of curatorial practices at the forefront of the organization. With over sixty years of history, the Flaherty is one of the limited number of film organizations that do this. Sure, film festival programmers abound, but for the most part they fail at creating conversations and larger discussions with their film selections.

I’m surely not the first one, and won’t be the last one, to say it, but curating the Flaherty Seminar is a programmer’s dream come true. Having a captive audience for one week, not having to announce the program in advance, and having complete freedom to mix formats, genres, nationalities, narratives and aesthetics is an idyllic experience.

For many of us who have had the privilege to program the seminar, the experience has served as a sort of postgraduate degree that has made us reflect and improve our curatorial practices.

I have to confess that some of my favorite moments at the seminar have been non-cinematic. The recent and unexpected passing of director Eugenio Polgovsky brought to mind the times we mischievously sneaked out of screenings to catch some of the World Cup Games.

Watching the Argentina, Mexico, and Spain games at the 2010 seminar with Eugenio, Lisandro Alonso, Josexto Cerdán, Pedro González Rubio, Sofía Gallisá and others, or watching the Brazil-Mexico game at the bar of the Colgate Inn with Cao Guimarães, Chris Gude, Daniella Alatorre, and Jorge Caballero, and others, created a very special camaraderie that I deeply treasure.