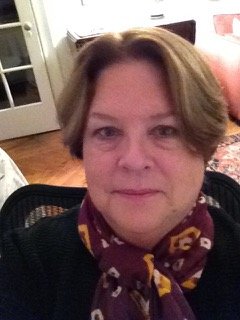 Deirdre Boyle is Associate Professor in the School of Media Studies at The New School in New York.  She is the author of Video Classics: A Guide to Video Art and Documentary Tapes (1986) and Subject to Change: Guerrilla Television Revisited (1998).  She is the author of numerous essays and reviews for Cineaste, Film Quarterly, Frameworks, Millennium Film Journal, Short Film Studies, and others.  She is former director of the Graduate Certificate in Documentary Studies at The New School.  She is currently writing a book on the work of Cambodian filmmaker and genocide survivor Rithy Panh: Ferryman of Memory.

I attended my first Flaherty Seminar at Pine Manor Junior College in 1977.  That was forty years ago!  It was a momentous event for me for many reasons.  Part of it had to do with something no one could have foreseen: a film community known for its often heated debates came together in mourning over the sudden and unexpected death of one of its much loved participants, Sol Worth.

Still in shock, I soon discovered that the women’s movement was still being hotly debated at Flaherty: gender politics challenged the power dynamics of discussions, which surfaced most conspicuously around the work of Swiss filmmaker Alain Tanner.  I remember it well because I cut my teeth as a media critic by summoning my courage to take Tanner to task for his cavalier representation of women in his films.  Laughed down by some audience members, I persisted with my critique, winning Tanner’s fury and my self-confidence in speaking up for women’s voices.

Not surprisingly, given all that was going on that year, no one challenged the conspicuous absence of video at the Seminar.  This upstart, unprofessional medium was dismissed by an old guard who considered film the only medium worth looking at; video didn’t even rate a debate.

If memory serves, it took the Seminar’s most revered elder statesman to overturn resistance to screening video.  In 1982 Erik Barnouw programmed what was for many of us our most memorable Flaherty seminar at Camp Topridge in the Adirondacks.  It was a glorious site that had once been the summer home of Marjorie Merriweather Post, owner of General Foods and long reputed to be the wealthiest woman in the United States.  Ms. Post also owned Mar-a-Lago in Palm Beach, Florida, which was later purchased by you-know-who.

Post considered Camp Topridge a “rustic retreat” situated on 300 acres in God’s country.   It contained numerous buildings including a Russian dacha that proved essential to this story.   Topridge was a stunning location for the Seminar; the main lodge featured a huge, circular, windowed room surrounded by sofas and a plethora of animal trophies mounted along the walls.  Post-screening discussions looked out over a sparkling lake, and each day fabulous meals were prepared by students at a local culinary school.

Arguably the best thing about the place, though, was the dacha, a charming Russian cottage dedicated to screening video.   Several large-screen monitors were scattered in the vaulted but cozy central hall where videotapes by Daniel Reeves (Smothering Dreams, 1980), Edin Velez (Meta Mayan, 1981), and Minneapolis public TV producers Deanna Kamiel, Ken Robbins and Tom Adair were shown.  Passionate discussions about the relationship of video to television and the documentary tradition were conducted there.

I do not know what it took for Erik to persuade IFS naysayers to give video a chance, but whether it was the spectacular sunsets on the lake, the superb dinners or the eerie stag antlers on the walls, video arrived at Flaherty with panache and seemed to please most everyone; video was no longer an oddity at Flaherty but a partner with film.

The following year tapes by video artists and documentary activists like Bill Viola (Hatsu Yume,1981; Chott el-Djerid, 1979; Ancient of Days, 1979-1981), Skip Blumberg (Pick Up Your Feet: The Double Dutch Show,1981) and Paper Tiger Television were shown.  Emboldened by the success of single-channel tapes, Flaherty programmer D. Marie Grieco boldly decided to present the first video installation in 1984. Bill Stephens, one of the first African American video artists to be featured at the Whitney Museum in New York, showed Belief Sandwich, Relief Gauntlet (1981) which proved challenging to stage.  Cornell University was not equipped to handle an outdoor display like this, but the Seminar’s adept technical staff pulled it off.

Bill Stephens was not the only video practitioner that year; also featured were works by Michelle Parkerson (Gotta Make This Journey: Sweet Honey and the Rock, 1983), Ed Emshwiller (Sunstone, 1979), Cecilia Condit (Possibly in Michigan, 1983), Max Almy (Perfect Leader,1983), and Dan Reeves (Amida,1983).  Presenting innovative work by so many talented video makers made it clear that video had become a Seminar staple.

More tapes were featured the following year by artists like Louis Hock (The Mexican Tapes: A Chronicle of a Life Outside the Law, 1986), David Schulman (The Race Against Prime Time,1985), and Kirby Dick (Private Practices, 1986).  Soon any differentiation between work shot on film or tape receded, and all those doubts raised about the video medium and its professionals subsided.

Today, a generation that calls everything “film” probably knows little about the battles that once raged between film purists and video iconoclasts determined to defend the distinctive features of this outlier electronic medium.  I suppose this struggle to include analog video at the Seminar seems strange today.  But it took leadership from influential figures like Erik Barnouw and George Stoney to usher reluctant trustees and snooty filmmakers to accept the “new media” called video as part of the Flaherty.

Once I stepped down as an IFS trustee, I attended far fewer seminars, but I did travel to Riga, Latvia, in 1990 for a terrific cross-cultural Seminar where the audience was surprised less by media than by the clash of confused expectations about the Other.  The Americans expected the Soviets to make political films like Vertov, and the Soviets thought the Americans would offer up “heros” like Flaherty.

Instead of a cozy capitalist dacha, we enjoyed the generous appointments of a spa retreat for Soviet artists.  No one was particularly interested in video, especially since the Soviet filmmakers were just beginning to use portable 16mm cameras instead of 35mm.  Asked to introduce “guerrilla television” to colleagues who knew nothing about video, I got nowhere fast: we hadn’t understood that our new friends were just beginning to experiment with their brand of cinéma vérité.

Several decades later and back in the states I decided to see what was happening at the Flaherty Seminar.  I attended the 2009 Seminar at Colgate University, which was brilliantly programmed by Irina Leimbacher.   I was delighted to see the sophisticated presentation now given to video installations.  Amar Kanwar’s multi-channel work was beautifully installed on several walls in a room of its own where participants could spend as much time as they wished to fully appreciate it.  The Seminar had come a long way in recognizing the seriousness and artistic excellence of the now digital medium of video.

Looking back over all this time, I am pleased to have been a participant-witness to the early days of video at the Seminar and to have known many of the people—videomakers, programmers, technicians, trustees, and Seminar participants—who helped this history unfold.  Many of them are gone now, and I am honored to bear witness to their varied contributions to making the Seminar new-media friendly, inclusive, and illuminating to this day.