Posted by Patricia Zimmermann at 9:56AM   |  Add a comment 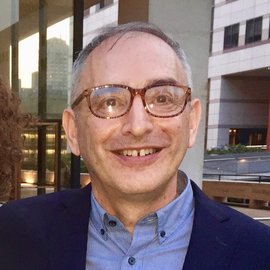 Steven Montgomery produced and directed the awarding-winning documentaries Hobie’s Heroes (1980) and Morocco: The Past and Present of Djemma el Fna (1995). Currently, he is a development consultant. He has helped to secure major funding for New York City nonprofits, including the New York Philharmonic, Rosie’s Theater Kids (founded by Rosie O’Donnell), and Opportunities for a Better Tomorrow. He is a Board Advisor for UnionDocs, has served as a trustee on the board of The Flaherty, and is a past president of the New York Film/Video Council.

The Flaherty Seminar was legendary in the New York City independent film community, when I became a part of it in the early 1980s. People spoke about the seminar reverently.

However, it took me years to find the courage to take the plunge.

I finally signed up for my first seminar in 1991. At lovely Wells College on the shore of Cayuga Lake, the seminar lived up to all my expectations. It fostered serious devotion to film, but was also very social and enjoyable.

The cinema of the Arab world shown that year deeply impressed me: Halfaouine: Boy of the Terraces [1990] (Tunisia) by Asfour Stah; Omar Gatlato [1977] (Algeria) by Merzak Allouache; Canticle of the Stones [1990] (Palestine) by Michel Khleifi; and A Door to the Sky [1989](Morocco) by Farida Benlyazid. The year before, I had traveled to Morocco twice, hoping to make a documentary, but the filmmakers’ deep commitment to their material, their compelling storytelling, and their expert cinematic techniques taught me more about the Arab world than I had perceived as a traveler.

The founder of the seminar, Frances Flaherty, had described the value of my experience at the Flaherty. Invoking philosophy, she had written about watching films as a means of “learning to see.”

An image stays with me from that first seminar. After sitting in the darkened auditorium in the morning, quietly concentrating on what was on the screen, I walked out into the sunshine and down to Lake Cayuga with others from around the country and the world. The seminarians were so friendly; the group spirit, very encouraging. Filmmakers discussed the subjects of their films and how they’d secured funding. Programmers and curators talked about what they were showing. Students, with their great enthusiasms about film, nudged me to recall my own passions for media when I was their age.

However, after such a memorable first Flaherty, I must admit I became disillusioned at subsequent seminars because of what was programmed and what was left out. I felt that Flaherty programmers began to favor poorly made “personal documentaries” and nearly incoherent experimental works on trendy subjects. Films that come to mind: Mirror Mirror [1990] by Jan Krawitz, shown in 1993; Video Letters 1, 2 & 3 [1993] by Yau Ching, shown in 1994; Self Portrait Post Mortem [2002] by Louise Bourque, shown in 2004; and Mutual Analysis [2004] by Péter Forgács, shown in 2005. In the worst of these films, the filmmakers narrated in gloomy tones and complained about how harsh reality had hurt their sensitive souls.

In an article for International Documentary in 1997, I wrote about these works as “Films about Me.” I noted they “convey a bitterness towards the world, forever moaning about being victimized by one thing or another.” The creators seemed to disdain cinematic techniques. For example, some filmmakers waved a camera around the room and asserted heavy-handed conclusions on complex subjects. The preponderance of these films eclipsed an important documentary tradition where directors expressed a large concern for humanity and the world beyond oneself.

In the years leading up to the 2008 financial crisis, works on personal subjects so crowded the Flaherty schedule that almost nothing was programmed about the American economy, the banking and financial industries, or the struggles of people in the workplace. The Flaherty contributed little or nothing to prepare people for the financial crisis or to provide a lens though which to understand it.

Despite this critique, I wish to express my enduring admiration for the Flaherty at its best. At the seminars I’ve attended, there has always been something extraordinary to see: Lumumba: Death of a Prophet [1992] by Raoul Peck in 1993; Secuestro: The Story of a Kidnapping [1993] by Camila Motta, also in 1993, and Symbiopsychotaxiplasm: Take One by William Greaves [shot in 1967, first version 1972] in 2005, for example.

Many people have tried to describe exactly what makes the Flaherty unique. I’ve been thinking about this question since my first Flaherty twenty-some years ago. After reading the new book The Flaherty: Decades in the Cause of Independent Cinema, which vividly evokes the great times of the seminar over the years and its important discussions, I finally understand how to answer two important questions. How did the organization that presents the seminar endure for over sixty years? Why are busy and sophisticated people like me spending time writing essays on the Flaherty?

Here is my answer.  The seminar’s structure, designed by Frances Flaherty, is the best forum in the world for enabling us to truly care about cinema in all its forms.

To make my case, I invoke philosophy, as Frances Flaherty did in writing about the origins of the seminar. I’ll use terms from the philosophy of Aesthetic Realism to explain, starting with a description of the contradictory nature of the self who signs up for his or her first Flaherty.

Founded by the American poet and literary critic Eli Siegel, Aesthetic Realism argues that the self is duel—one aspect of a person yearns for a deep experience in life, hoping to be profoundly affected by the world. This experience can obviously occur after seeing a significant work at the Flaherty.

But something can get in the way of this experience, at the Flaherty or at any other film event. Aesthetic Realism contends that another part of the self seeks to remain intact and runs away from expansive, deep feelings. For example, I might see the greatest film of my life at the Flaherty, but ten minutes later jokingly ask friends about the latest gossip concerning someone at the seminar. Aesthetic Realism describes this impulse as “contempt” and defines it as “the false importance or glory from the lessening of things not oneself.”

In other words, I may love a film and be genuinely moved, but stubbornly resist its sway over me by gossiping, making a phone call, or mindlessly checking my email in an effort to regain composure.

Fortunately, the structure of the Flaherty effectively counters this contempt.

After a great work is presented, we discuss it in formal sessions, and then again at breakfast, lunch and dinner. There is no running away from the impact and meaning of a film.

No matter how unsettling the original experience, the seminar allows the film to get inside of us and endure. For me, this is the legacy of the Flaherty.