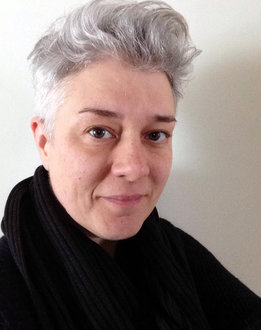 Joanna Raczyńska programs films for the National Gallery of Art, Washington DC. She has worked at Hallwalls Contemporary Arts Center (Buffalo, NY), the Smithsonian Institute’s Hirshhorn Museum and Sculpture Garden, and the Baltimore Museum of Art. She has served as a juror for several international film festivals, including the Berwick Film and Media Arts Festival, Toronto’s Images Festival and the International Short Film Festival Oberhausen. She has also participated as a panelist for numerous individual artist award programs.

How does one extract the highlights of a cultural phenomenon that meets, exceeds, undermines, and sometimes thwarts expectations?

How does one parse an intensely subjective experience that defies easy description and begs for critique?

How does one describe the ways in which the polemical and the personal intertwine in inextricable, indistinguishable, and sometimes identical ways?

The Flaherty Seminar touches all these questions, and invites many more. I think of it as acomplex system, somewhat like a knitted thing constructed of varying stitches: a platform, aretreat, a conference, a school, a cult, a family, a haven, a coven, a privilege, a vestige of the past, a beacon of the future, a happy holiday.

So far, I’ve experienced four iterations of the Flaherty seminar.

Of course, I feel the ever-pressing obligations to write about the incredible films presented, the moderated conversations with the creators, and the conversations with esteemed academics in documentary film studies. Many others have written about the films, the people, the programs.

I want to dive into a different pool.

In my heart, the Flaherty Seminar feels like an intuitive and subjective experience. It unfolds with many sets of lived revelations, almost unbearable shudders, and shining moments.

Thanks to the advice and encouragement of my friend, archivist and historian Carolyn Tennant, I attended my first seminar in 2004 at Vassar College. I was fairly new to the job of film programmer. I was living in Buffalo, New York, working as media arts director at Hallwalls, the nonprofit arts center. This provided me with a magnificent and substantial hands-on education in arts management, arts funding, fundraising, curating, criticism, archiving.

2004 celebrated the 50th anniversary of the seminar. Susan Oxtoby curated. Perhaps because it served as an introduction to generations of makers whom I encountered in person, I remember this seminar the most clearly.

At that seminar, I hung out with filmmakers Eve Heller, Phil Solomon, Julia Meltzer, David Thorne, Janie Geiser, and Louis Klahr. I was as inspired by their work as I was by their warmth. A month or two before, my father had died, and in sharing that loss with them I felt both comforted and bolstered.

As I staggered across a field with my head spinning from excitement and agoraphobia, Ricky Leacock, the legend of direct cinema, steadied me. Scholar Eric Barnouw’s widow Betty Barnouw told me that she would always knit in movie theaters, occasionally slipping stitches in the dark. I frequently found myself sitting alongside fellow knitter Ruth Bradley, who ran the Athens Film and Video Festival and edited the journal Wide Angle at Ohio University.

In 2006, I returned to Vassar for Steve Seid and Ariella Ben Dov’s program entitled “Creative Demolition.” The Buffalo contingent (Carolyn Tennant, Caroline Koebel, Stefani Bardin, and myself) was in full force that year. Many people remarked at how much we seemed to like each other. A surprising observation. Of course we did!

Sharon Lockhart, Jacqueline Goss, Adele Horne, Patty Chang, Zoe Beloff, and Vittorio De Sita screened films and videos. Fridolin Schönwiese’s moderated conversation with Kathy Geritz about It Works [1998] stays with me. The conversation was a revelation because it is so difficult to find adequate words to describe the workings and meanings of sound in film. Here were two brilliant people doing exactly that with inspiring generosity.

And, at the 2006 seminar I knit a fine-gauged, green gossamer cardigan—my “Flaherty sweater.” On the last night, I finished it in my single dorm room, enjoying the self-imposedisolation. In contrast to its intense camaraderie, the seminar also affords moments of solitude even while it does not openly encourage them.

In 2010, Dennis Lim was the programmer, exploring the theme of “Work.” I attended on a professional development grant and worked for the seminar. I poured wine at Bill’s Bar. I attended workshops. I communed with other fellows. There was no time to knit.

The late Austrian documentarian Michael Glawogger relentlessly put himself in harm’s way for films like Workingman’s Death [2005] and Whore’s Glory (2010). Experimental filmmaker Naomi Uman, a dear friend from the 2004 Hallwalls Artists’ Residency Project, shared her Ukrainian Time Machine [2008]. During a post-screening discussion, she spoke with the Mexican filmmaker Eugenio Polgovsky who died this year, another premature loss.

As I look back on these experiences, the key wonder of the seminar resides in the post-screening discussions. Their intensities and reflections compound the Seminar’s great wealth of screening experiences and opportunities for connection. Listening and choosing to be involved in the discussions (or not) and remembering that they are only one of the opportunities for exchange is vital. Some of the most valuable insights are rendered during chats with others between screenings and discussions, colliding in the dorms, sharing meals, or raising a glass at the bar.

2013 was my most recent seminar. I went to take in colleague Pablo De Ocampo’s program called “History is What’s Happening.” Of all the seminars I’ve attended, this was the most overtly political. Sadly, my detailed notes are illegible today, the handwriting not keeping pace with the hand knitting.

The films of Sara Maldoror – the brilliant Guadeloupian director of African descent – still resonate with me. A cameo from one of her films appeared in Chris Marker’s San Soleil [1983], an overt yet accidental, unmistakable connection across time, lives, makers, and states of being. This concept of cinematic excavation also reverberated across the films of Eyal Sivan, Basma Alsharif, Sirah Foighel Brutmann and Eitan Efrat as well as the Otolith Group, all makers invested in the fine gauges of historic memory.

Complexity. There is no one Flaherty seminar experience. Each seminar is distinct. The other attendees and one’s own stage of life inform each experience as much as the films programmed. One’s willingness to open up and remain present might be most important in navigating the somewhat unusual experience of not choosing the films you experience.

To exhaust the knitting metaphor: the common thread to my four seminars so far, unraveled and reworked, remains this maxim--“only connect.”