Godmothers, Godfathers, and an Organization with a Soul: Lucy Kostelanetz 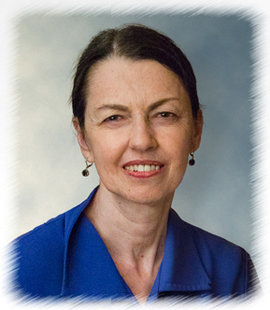 Lucy Kostelanetz is a filmmaker. She has directed two documentary features: Sonia (2007), about the Russian Avant-Garde painter, Sofia Dymshitz-Tolstaia; and We Don’t Wanna Make You Dance (2013), about a white funk band named MillerMillerMiller & Sloan. Her previous work includes two award-winning films for children, Rebeka Goes Down the Slide (1986) and Rebeka Goes to China (1992). She is currently in production on a film about her uncle, orchestra conductor Andre Kostelanetz, entitled Andre Kostelanetz: His Journey.

My first encounter with Robert Flaherty was in 1962, the spring of my first year at Bennington College.

Totally by chance I happened to see a handwritten announcement on a chalkboard on the stairs going to the top floor of the Commons, saying that Frances Flaherty would be screening Robert’s films. I had never heard of Flaherty. But something compelled me to go.

The following fall, I wrote to Arnold Eagle, who had worked with Flaherty on Louisiana Story [1948], inquiring about an internship. I never heard back from Mr. Eagle. But years later in the 1980s, I became his student at the New School, taking courses in 16mm production and subsequently using his studio as a place to work.

One day, when he was cleaning out his files, Arnold happened to find my letter. It stated that Frances had screened Flaherty’s Man of Aran [1934] and Louisiana Story. I sort of remember her doing it in two visits. In any event, I was blown away. I’d never seen anything like these films.

After college, I embarked on a career as an arts administrator. I worked primarily for the New York State Council on the Arts (NYSCA). My last position there was as Deputy Director for what was then called the Division of Communication and Visual Arts, where I supervised funding for film and media organizations.

Although I loved being part of something I believed in, I’d always wanted to work on the creative side of film and media. So I left NYSCA in 1981. Fortunately, by 1982, I found the Flaherty Seminar. I was hooked forever.

My first Flaherty was in 1982 at Topridge in the Adirondack Mountains in Northern New York State. The film and media historian Erik Barnouw programmed it. Barbara Van Dyke was helming the organization as executive director and coordinator of the seminar. The projectionist was Murray Van Dyke. Located deep in the woods on a lake, with its many historic buildings intact, Topridge was the former “rustic retreat” of Marjorie Merriweather Post.

At this seminar I felt such gratitude to find a community of people with whom I shared goals, dreams, and mission. And, as an aspiring filmmaker, I found this seminar experience and the many, many more to follow extremely helpful in giving me the courage to pursue my own creative path.

As I became more and more familiar with the organization and its people, I discovered what I would call Flaherty godmothers and godfathers, people who came almost every year.

As I said at his recent memorial, Bill Sloan was one of these treasured people. He first attended the seminar in 1964, which means he knew Frances Flaherty. With Nadine Covert, he programmed his first seminar in 1972, another one in 1975 with Barbara Van Dyke, and then worked solo to put together the 1979 seminar.

When I read the program Bill Sloan created with Nadine in 1972, I know I would have been totally blown away. They showed The Sorrow and the Pity [1969]. Does that mean Marcel Orphuls was actually there? They showed a film by Ozu, several films by Claudia Weill and Eli Noyes, and of all things, Greed [1924] by Erik Von Stroheim. They also screened many titles by filmmakers I’m sorry to say I do not know.

My overall impression of their program is one of great variety and richness. I understand from Patty Zimmermann and Scott MacDonald’s recent book about the history of Flaherty [The Flaherty: Decades in the Cause of Independent Cinema], as well as from Nadine herself, that variety was something they worked hard to accomplish and promote as a programming goal.

Bill served on the Flaherty Board of Trustees and as its president from 1974-1977. I believe he continued on the Board over subsequent years in various capacities. He established Bill’s Bar. To this day, it persists. The best conversations about film take place at that makeshift bar.

As I look through the various seminar programs during those years, I regret I was not there. The 1970s seem like the Flaherty’s golden age of film programming.

I served on the Flaherty Board twice, once in the 1980s and again in the late 1990s. For two years in 2000-2001, I was the president. Like most nonprofits during both those periods, Flaherty was working to transition into a more professional and stable organization. A lot of our focus centered on a need for an office and a paid director, first part-time and eventually full-time.

There were of course a number of rocky years along the way, but Flaherty always seemed to bounce back stronger than before. I’ve come to think of the Flaherty as an organization with a soul. It's never lost its reason for being.

I attribute this clarity of purpose to the Flaherty “godparents”: Dorothy Olson, Paul Olson, Bill Sloan, Erik Barnouw, Jack Churchill, Barbara Van Dyke, Tom Johnson, Nadine Covert, George Stoney, and many others. With their unique charismatic presence, these godmothers and godfathers operated as spiritual guides to film and media. Forgive me if I wax too metaphysical.

After taking a break for a few years, I came back to The Flaherty for its 60th anniversary in 2015. I was hooked again and have returned several times. I’m astounded by the community of people that the seminar attracts, a group that has become more and more international. The word is out: this year the seminar sold out in less than twenty-four hours!

I’m proud of all the time I contributed to help the Flaherty to develop and flourish. I see my work for the organization as a chance to give back some of the good the seminar has given me through the decades.

A Flaherty godparent passed away in 2017 at age ninety-nine: Dorothy Olson, a journalist, arts administrator, filmmaker, former Flaherty trustee, and mentor to many in the film and media world. In my last conversation with her, she talked about never forgetting and never recovering from seeing The Sorrow and the Pity at that 1972 Flaherty.

The Flaherty is an organization with a soul. It always seems to find a way to continue, and, I like to think, evolve.

Posted by Patricia Zimmermann at 1:23PM   |  Add a comment 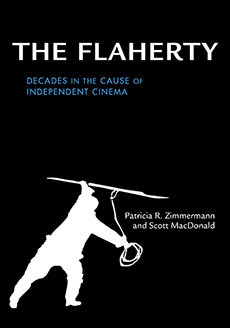 We are pleased to announce our new blog, Flaherty Stories, which serves as a companion to our new book, The Flaherty:  Decades in the Cause of Independent Cinema (Bloomington: Indiana University Press, 2017). The book is out in May 2017.  In case you would like to pre-order, here is the link:  http://www.iupress.indiana.edu/product_info.php?cPath=1037_7487_7488&products_id=808634

The blog will feature the voices and stories of the Flaherty Seminar, now in its 63rd year, as a way to celebrate the heterogeneity of people, films, and perspectives that have convened at the legendary film seminar.

In the ten-year journey of researching and writing this book, we encountered many stories and people.  Many we spoke with had much more to say than could be quoted in a scholarly book.  We hope to share these stories with you here, and invite other Flaherty devotees to contact us as well.

Here's the description of our book:

This is the inspiring story of The Flaherty, one of the oldest continuously running nonprofit media arts institution in the world, which has shaped the development of independent film, video, and emerging forms in the United States over the past 60 years.

Combining the words of legendary independent filmmakers with a detailed history of The Flaherty, Patricia R. Zimmermann and Scott MacDonald showcase its history and legacy, amply demonstrating how the relationships created at the annual Flaherty seminar have been instrumental in transforming American media history.

Moving through the decades, each chapter opens with a detailed history of the organization by Zimmermann, who traces the evolution of The Flaherty from a private gathering of filmmakers to a small annual convening, to today’s ever-growing nexus of filmmakers, scholars, librarians, producers, funders, distributors, and others associated with international independent cinema.