How I Learned to Stop Worrying & Love the Flaherty Seminar: Brian Frye 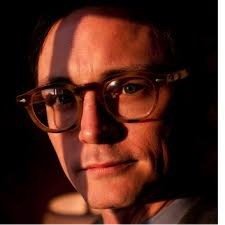 Brian L. Frye is the Spears-Gilbert Associate Professor of Law at the University of Kentucky College of Law. His scholarship focuses on intellectual property, charity law, legal history, and art law, among other things. He is also a filmmaker, whose films have been shown at the Whitney Biennial, the New York Film Festival, and other venues. In addition, he co-produced (with Penny Lane) the documentary Our Nixon, which premiered at SXSW and on CNN.

The Flaherty Seminar is a vitally important part of the independent cinema ecology, even if sometimes it seems a little ridiculous.

I first attended the Seminar at Vassar College during the summer of 2001, when it was programmed by Kathy Geritz.

At the time, I lived in New York City, working odd jobs at Anthology Film Archives and the Film-Makers’ Cooperative, and co-programming the weekly Robert Beck Memorial Cinema film series with Bradley Eros.

As my professor at the University of California at Berkeley and as a programmer at the Pacific Film Archive, Geritz introduced me to avant-garde film. I deeply admired her, so I was flattered when she invited me (and my friend Luis Recoder) to attend the Flaherty Seminar and show one of my films as part of a midnight screening.

I knew very little about the Flaherty Seminar, but when I realized how many filmmakers, programmers, and scholars who had influenced me would also be there, I was excited to attend.

I chose to show a rough collection of home movies, outtakes, and film scraps I called Arcadia, or an Eclectic History of the American Century. It was inspired by Jack Chambers’ Hart of London (1970) and a collection of films by John Ryder that I had seen at the Total Mobile Home microcinema in San Francisco.

When I arrived at Vassar, the unusual mix of attendees intrigued me. I knew many from the avant-garde film community, but I’d had limited experience of the documentary and activist film communities that were significant parts of the Flaherty audience.

I soon realized that the participants held many different ideas about the purpose of filmmaking and what makes a film valuable. Those differences led to some fruitful conversations, but also some frustrating ones.

Some participants expanded my own rather blinkered perspectives on filmmaking, programming, and scholarship. At the time, I fetishized film, to the point that I resisted video. I was deeply committed to the idea that art and activism were not compatible. Of course, I was wrong on both counts. The Flaherty Seminar helped me understand why.

I also learned that some differences of opinion reflect incompatible normative premises. Some participants rejected films—including mine!—because of fundamental disagreements with the filmmaker’s entire project. It taught me that not all differences can be resolved. And that’s okay.

I found some aspects of the Flaherty format frustrating.

In particular, I disliked the refusal to announce the film schedule in advance or to provide any information about the films. Although I knew many of the filmmakers, could guess what I might see, and was familiar with some of the films, many other participants did not have this advantage.

In theory, I appreciated the potential value of seeing a film for the first time with an entirely open mind: that is, without preconceptions—a mantra of the Flaherty Seminar. However, in practice, I found that participants brought plenty of preconceptions along with them. In fact, watching movies with no context often encouraged attendees to rely on those preconceptions.

I confess that I was mostly exasperated.

In retrospect, I can see that the fault was partly my own. Although I found some of the discussions repetitive and unhelpful, other attendees found them just the opposite. Who am I to say they were wrong? People experience and come to understand films in different ways. Perhaps the longevity of the Flaherty Seminar suggests that my experiences were in the minority.

I did find the more personal discussions I had with other participants immensely rewarding. I formed friendships with people like Rebekah Rutkoff, Jim Supanick, Jason Livingston, Steve Holmgren, Christopher Allen, Alison Kobayashi, and Penny Lane, who continue to inspire me in different ways for different reasons.

Like so many institutions, the Flaherty Seminar consists of both the experiences that it intends to offer and those that participants actually have. I suspect that, all in all, my first Flaherty experience gave me what I needed.

Soon after that first seminar, I decided to go to law school.

After I graduated New York University Law School in 2005, I moved to Olympia, Washington, and then to Fairbanks, Alaska, to clerk for two different judges. Shortly after I returned to New York City in 2007 to begin working at Sullivan & Cromwell LLP, the Flaherty board asked me if I’d be interested in becoming a trustee of the organization.

I accepted. The Flaherty board was the first charitable board I joined after becoming a lawyer.

The board was an excellent fit. It consisted of sophisticated media professionals representing a mature organization with a strong institutional identity, and I could add the perspective of a lawyer.

I was pleased to be able to use the resources of a Wall Street law firm to benefit the Flaherty. I fear that I wasn’t always optimally successful the first time out, but I hope that I brought some value to the organization, especially in contributing to a better understanding of the legal duties of trustees.

My Flaherty board experience became the impetus for my service on the boards of other film and art charities. It encouraged my scholarly interest in nonprofit organizations, a subject I now teach at the University of Kentucky College of Law.

Still a board member in 2008, I returned to the Flaherty Seminar when Chi-hui Yang programmed and went back again in 2010, when Dennis Lim programmed.

While I was still conflicted about the format, my objections had mellowed.

I’d come to realize that it can be helpful to experience films in a variety of ways, and that sometimes a touch of frustration is okay, maybe even tonic.

I found myself listening more, and reflecting on perspectives others offered, whether or not I ultimately agreed. I think this more open way of experiencing the seminar made me a better teacher and a better scholar.