Get Our Your Shovel: Patricia R. Zimmermann

Posted by Patricia Zimmermann at 8:47PM   |  Add a comment 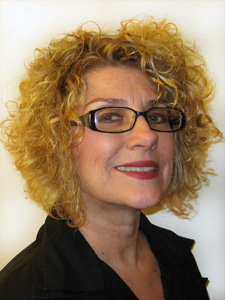 Patricia R. Zimmermann is Professor of Screen Studies and codirector of the Finger Lakes Environmental Film Festival at Ithaca College, Ithaca, New York. She is the author and editor of numerous books, including Thinking Through Digital Media: Transnational Environments and Locative Places (2015, with Dale Hudson), Open-Spaces: Openings, Closings, and Thresholds of International Public Media (2016), The Flaherty: Decades in the Cause of Independent Film (2017, with Scott MacDonald), and Open-Space New Media Documentary: A Toolkit for Theory and Practice (2018, with Helen De Michiel).

“I bet you thought I was dead!”

At my first breakfast at the 1980 Flaherty Seminar at Wells College in central New York, I picked at overcooked scrambled eggs and burnt wheat toast. I had sat down at the only open seat at a table with two gray-haired gentlemen.

Sheepishly, I introduced myself. One man offered he was George Stoney, who I knew as the community media and Challenge for Change legend.

The other, the one who thought I figured he was dead, identified himself as Erik Barnouw.

I blurted out that I had just read his books on documentary and the history of broadcasting to prepare for my PhD qualifying exams at the University of Wisconsin-Madison. That’s when he chortled the statement above. He was 72.

I had received what was then called a “grant-in-aid” to attend the seminar programmed by documentary scholar John Stuart Katz, a film professor at York University in Toronto. This Flaherty was the first film event I’d ever attended on the East Coast. Madison friends insisted I was insane to go just two weeks before my exams.

When I signed in, Barbara Van Dyke, the Flaherty Seminar’s executive director, greeted me with a hug. I wondered if she was related to Willard Van Dyke, the legendary filmmaker from the radical film group NYKINO and eventual head of film at the Museum of Modern Art.

At the opening reception, I’d gravitated to a huddle of twenty-somethings like me. I connected with Ruth Bradley, a PhD student at the University of Michigan who later became editor of Wide Angle, director of the Athens Film and Video Festival, and a longtime friend and collaborator.

At that first breakfast, I froze. I was sitting at a table at 7:30 a.m. with two men who had, in my neophyte assessment, changed documentary history.

When they kindly probed about my in-progress dissertation on the history of amateur film, I blurted out that I felt overwhelmed by mountains of unknown material. Erik smiled. He said, “Never be intimidated. Just get out your shovel and keep digging.”

In graduate school, I’d read and battled about documentary, then a marginalized area in film studies. The abstractions of Bateson, critical historiography, Fanon, Foucault, Habermas, Marxism, and psychoanalysis, drowned my soul—and my clarity.

Experimental documentaries like D.O.A. [1980] and Poto and Cabengo [1980] jolted me. For the first time, I experienced how documentary, programmed with experimental films by Warren Bass, Dana Hodgson, Emily Hubley, Caroline Leaf, could propel new conceptual thinking.

The French Canadian documentary/narrative film Mourir a Tue-Tete [1979] scraped away my feminist documentary theories. The film chronicled a rape with daring self-reflexivity. Anne Claire Poirier, the militant feminist director from the National Film Board of Canada, was present. In the campus pub, I crammed into a booth with her and three other young women, enthralled.

I could not figure out if the seminar was conservative, liberal, or radical. I had never attended any media event so focused on long discussions, intense debates, and entanglements between animation, archival, ethnographic, experimental, expository, hybrid, narrative, observational, personal work.

The participants featured filmmakers from every genre, as well as anthropologists, art world types, broadcasters, cinematographers, commercial media workers, distributors, elderly cineastes, exhibitors, film scholars, graduate students, journalists, librarians, marketers, and producers. Their combustions torched something inside me about the urgency of independent media that I’d not felt as a PhD student.

I was utterly intimidated. The seminar experience catapulted me into verbal paralysis.

Discussions cascaded like ferocious waterfalls of debates, ideas, histories, positions, and anger. I listened from the back of the room, jumbled up with anger, awe, critique, disdain, engagement, fascination, and frustration. I uttered one incoherent, overly theoretical, tortured statement. I filled a spiral notebook with notes.

Walking to a screening, I bumped into visual anthropologist Jay Ruby. His sharp mind terrified me. He knew exactly what he thought about every film.  Back then I criticized Nanook of the North [1922] as racist and colonialist, a position I later gutted after reading Jay’s reassessment of the film as an early collaborative ethnographic film.

At lunch, I met Bill Sloan, the librarian for the Museum of Modern Art, who spoke generously about the short experimental works.

I met film librarian D. Marie Grieco. Before a screening, she whispered two revelations to me. First, Frances Flaherty, not Robert, inaugurated the seminars, but film history had erased her. Second, Barbara was Willard’s ex-wife, and she, too, had been expunged from film history.

I realized that Frances Flaherty had built a place where young people like me could talk to legends like Erik—and Anne Claire, D. Marie, George, and Jay…

At the end of that seminar, Erik Barnouw offered the closing benediction. He performed this at every seminar he attended.

Erik recounted a story about a seminar acolyte who asked French filmmaker Chris Marker how he created such complex editing. Marker replied, “I get lost.”

Smiling, Erik commanded all of us: “Now get lost.”