Norm Johnson Jr, has taught movement and scene study at Ithaca College for 25 years.  Originally from Rhode Island, he has taught at Portland State University, working with Imago, the Theatre Mask Ensemble.  He has performed medieval mummer plays on a foldout stage pulled by a team of oxen, served as bother a puppeteer and puppet-maker, mask maker and performer.  He was an animal wrangler for the PBS production of The Scarlet Letter.   He also danced contact improv and directed full-length dramas with the entire population of the Rhode Island School for the Deaf.  Additionally, he founded both the Great Interplanetary Soapbox Revival and Pan-Twilight Circus, and severed as the second artistic director of the Kitchen Theatre Company, here, in Ithaca, NY. 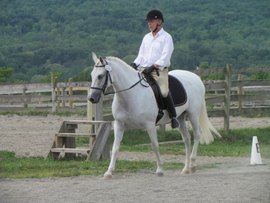