I am a United States historian particularly interested in social and cultural issues in our past. This means that I explore a range of issues in the American past -- political, economic, and social -- but that I am particularly interested in pursuing the social implications of change: how developments in American history affected different people (different in class, gender, race, ethnicity) differently.

In addition to surveys and a two-semester upper-level sequence in American 20th-century history, I offer courses in American social and cultural history: ethnicity, popular culture, and crime.

My book -- The Body in the Reservoir: Murder and Sensationalism in the South --  is a study of sensationalism in Southern culture from the antebellum period into the twentieth century. I study this subject by investigating a series of sensational murder cases in Richmond, Virginia, and how these cases were sensationalized differently over time: in images, in capital punishment, and in the narratives created to explain the violence in the community.  The sensationalism in the white community was also quite distinct from that in the black community -- another side of the subject I pursue in the book.

II received my Ph.D. from the University of North Carolina at Chapel Hill in 1999. Go Heels!

I began my college career at Hampshire College and finished it -- after several twists and turns including an apprenticeship as a book binder -- at Virginia Commonwealth University, where I majored in History and minored in English. 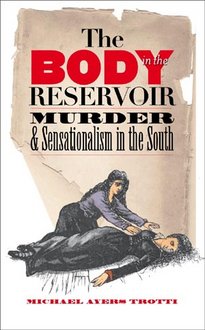