ITHACA, NY — Kathleen Mulligan, assistant professor of voice and speech in the Department of Theatre Arts at Ithaca College, has been awarded a Fulbright scholarship to Kerala, India, for the spring of 2010. Her project, entitled “Finding Women’s Voices,” will focus on the empowerment of women through voice.

Mulligan will work closely with the women’s center at the Rajagiri College of Social Sciences as well as with adolescent girls in the community. She will learn about the communication challenges that women face in that culture, explore the ways in which those challenges are similar to those facing women in the United States, and help women discover the power of their voices in all aspects of their lives.

“In many cultures around the globe, women receive messages from an early age about their voices and how they should sound and speak — or not speak — as the case may be,” says Mulligan. “By being taught that they must speak softly and in a higher pitch, women are too often delegated to a position where they are quite literally not heard and certainly not listened to. Through breath support and tonal focus, women can access the natural vocal power we are all born with.”

In the highly competitive Ithaca College theatre program, Mulligan works with actors to develop their voices for the rigors of stage performance. In recent years she has brought her vocal training to non-actors as well, as a way of giving confidence to and empowering those who do not feel they have a voice.

Mulligan has served as a resident professional theatre associate at Cornell University, resident actor/teacher at the Oregon Shakespeare Festival and resident artist at PCPA Theatrefest in Santa Maria, California. A member of the Voice and Speech Trainers Association and Actors’ Equity Association, her professional acting credits include the Acting Company, American Repertory Theatre, Huntington Theatre Company and Nebraska Shakespeare Festival. She received her B.F.A. in acting from Boston University and M.F.A. in acting from Southern Methodist University.

The Fulbright program was established by the U.S. government at the end of World War II as a way to increase mutual understanding between the people of the United States and the people of other countries through the exchange of persons, knowledge and skills. For more information, visit www.cies.org. 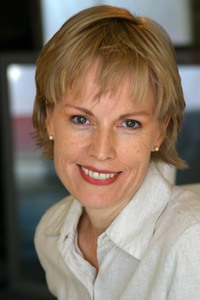