John Enright, an adjunct professor in the Roy H. Park School of Communications, was named assistant director of athletic communications at Cornell University in 2015. He assists in the department’s multimedia efforts, and aids in the execution of on-site productions for Cornell on the ESPN family of networks.

Prior to Cornell, Enright served as multimedia specialist for Ithaca College. He helped create video and audio content for all of Ithaca's 27 varsity teams, including interviews, webstreaming, highlights and specialized material focusing on coaches, athletes and facilities. Enright also served as the primary sports contact for several Bomber teams.

Enright joined Ithaca College after working two years at Bowling Green State University. While at Bowling Green, he served as the primary sports contact for ice hockey, softball and cross country. He also worked as a staff assistant at Fairmont State, and as a public relations intern with the Philadelphia Flyers.

Enright is a 2009 graduate of East Stroudsburg University. He obtained his master's degree from West Virginia University in 2011, and earned a certificate in digital marketing from Cornell SC Johnson College of Business in 2019.

A native of Garnet Valley, Pa., Enright currently resides in Freeville, N.Y. with his wife, Michelle. 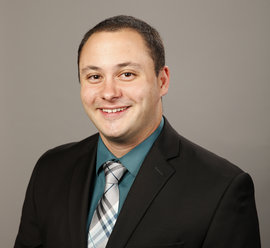