His films are widely distributed in universities in Europe and North America and have been reviewed and critiqued in professional, academic, and popular publications. In 2013, Idrissou was one of the recipients of the Prince Claus Award. The Dutch Prince Claus Foundation rewards artists and intellectuals annually for outstanding achievements in the field of culture and development. A graduate from Film University Babelsberg, Konrad Wolf in Germany, Idrissou has been a guest artist and visiting faculty member at Cornell University, Duke University and the University of Pittsburgh. 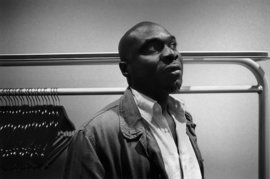