Harlem In My Mind: Julian Euell's  Riffs Towards A Full- Blown Biography.

I was eleven years old when everything changed. My uncle Raymond took me to Croton on the Hudson in New York State. It was ‘upstate’ to me. I spent that summer discovering Art, Filipino and Japanese food and a whole new American Culture.  That summer was a turning point.  I saw a Pablo Picasso retrospective at the Guggenheim. I discovered that people could have a life’s work! During this summer my uncle began introducing me to eastern philosophy and to body-mind practices, which he would continue for years. But on this trip, I was more interested in what the other kids were doing. I was in a different culture. I was in a world that seemed to me more like the ones I saw on television shows like ‘Leave it to Beaver” and “ Father Knows Best”.   I was so surprised that other kids had bikes, had pool tables and that they seemed to know a lot about things I did not know about. These kids had very different childhoods than my Black and Puerto Rican friends and myself who were living in public housing projects.

I was always  curious. Any time I could, I listened to and watched my father. He practiced his bass for hours. He played jazz bass for a living. My father, when he was home any Saturday morning, would also give regular ‘speeches’ on the life of the Black people in the United States.  My father was a reader. He read books that were popular among the intelligentsia who hung out in Greenwich Village jazz clubs. Of the many books he read before he went to sleep, two of these had a life shaking effect on me.  I read the ‘The Ugly American”, and later the book, “The Age of Overkill”.  It was from here that I began an intellectual trip towards understanding how much of the social world worked.  By the time I was fourteen I had already decided that I would learn as much as I could about how people thought and how people behaved together. This wonderment partially came  from living in a neighborhood that had a lot of working poor, people who were under-employed and people who would go for months or years without being able to find work. By the time Malcolm X was walking the neighborhood up the street from me, I had developed more awareness than perhaps a young boy should have. I was reading a lot and taking photographs, thanks to the Boys Club and my own drive to take pictures of my neighborhood. My dream then was to create pictures like Gordon Parks, an African –American photographer who worked for a magazine called “Life”.

When I began thinking about society I began to wonder about alternatives to my life in Harlem. I began to enjoy the two weeks away at the Fresh Air summer camps in upstate New York.   I was always interested in the woods. I began collecting specimens on my own from Central Park which was only five blocks  from my house. My early morning trips were my way of recalling summer camp.  Both photography and my summer trips into the countryside led me out of Harlem and eventually to Ithaca.

My first two years after graduating from high school were spent working and doing  community organizing work. I left New York for Rochester to study photography and film. In my first or second semester I read Rachel Carson’s book “Silent Spring”. This book lead to my interest in the connections between exploitation of nature, the exploitation of human beings and their socially supported beliefs.  I had come to conclude, that a personal, social and cultural evolution was a possibility. What began as a curiosity became serious. I wanted to study any area of life that would help me to change my world and myself. Sociology was one of the main intellectual places I went for answers.

My interests include social and culture stability and change; human social and personal development. Fundamental to my life long learning, is the development of the depths of sensibility of mind, body and spirit.

Where I Went to School

I studied photography and design at Rochester Institute of Technology. I received my degrees in Anthropology and Sociology at the University of Rochester and Urban Planning at Cornell University. My main interest is in the development of new social and individual relationships with social and ecological environments.

Outside the classroom I have composed a life which includes being an amateur chef, more than 30 years of Aikido,  the practice of Tai Chi,  Japanese swordsmanship and visual arts. My approach to  teaching stems from my  experiences  and studies in these areas as well as reading ' a thousand books'. I would like the student to discover the brilliance in life, and to compose a life of imagination and attention.

My Basic Philosophy of Learning and Teaching

A solution to problems is discovered or uncovered by the development of sensibilities. We are always making sense rather than performing calculations. Solutions are met in this fashion. So as a  teacher, and as a human being I attempt to discover what needs to be made sense of?

I am interested in helping students  develop a multidisciplinary, multicultural, and multi-modal approach to learning. I am interested in the ways imagination transforms our relationships to our social and ecological environments. I am always a student of how the three rigors: intellectual, physical and spiritual (mind, body, spirit) can be attuned and developed and therefore produce a life that  becomes artful and scientific, modifiable, and inventive.

I encourage students to capture 'a world' with their sensibilities--to sense solutions by ' intermeshing ideas, impressions, and forms of collecting and presenting knowledge and information.'

Sociology of Signs and Symbols 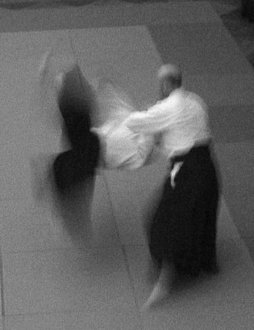