As a novelist and essayist, I try to write the way Ralph Fasanella painted. Born on Labor Day, 1914, Ralph was the third of six children. His beaten-down father, who later abandoned the family, delivered ice to neighborhood homes. His radical mother, a button-maker in a local sweatshop, spent her spare time as an anti-fascist activist.

During the Depression, Ralph worked as a textile worker and a truck driver. He joined the United Electrical, Radio and Machine Workers of America (UE) Local 1227 while working as a machinist in Brooklyn. His experience made him keenly aware of America's growing economic and social injustice and the plight and powerlessness of the working class. It also exacted a terrible physical toll. By the time Ralph was thirty, arthritis had cramped his hands. A fellow worker suggested that he take up painting as a way to exercise his fingers and ease the pain.

Ralph's therapy became an all-consuming passion. He painted bold, colorful murals about U.S. labor history and Italian American life. Although he landed a solo show at the ACA, New York galleries and art dealers blacklisted him during the McCarthy era. To make ends meet, he wiped windshields and pumped gas at his brother Nick's Texaco station underneath the Cross-Bronx Expressway.

Ralph worked in obscurity until 1972, when he was suddenly "discovered" by art critics and made the cover of Time. But his fame was fleeting, and he never quit his day job. The Reagan Revolution destroyed America's unions and made Ralph's work irrelevant. "It's over," he told friends. "What I wanted to do was to paint great big canvases about the spirit we used to have in the movement and then go around the country showing them in union halls. When I started these paintings I had no idea that when they were all finished there wouldn't be any union halls in which to show them."

Following the 1994 elections, a staffer for the new Republican majority in Congress removed his masterpiece Lawrence 1912: The Great Strike from the Rayburn Office Building, where it had hung for decades in the hearing room of the House Subcommittee on Labor and Education, and returned to the AFL-CIO. Ralph died four years later. His mural Family Supper is on permanent display in the Great Hall at Ellis Island.

I too am a muralist, only I paint with words. Like Ralph, I try to capture the drama and pageantry of U.S. economic history and to depict the intersection of public and the private life in the Italian American community. My work is less affirmative than his because I live in a less heroic age. His paesani held picket signs and organized rallies. Mine wear t-shirts and watch Jersey Shore.

The Italian American portraits in this gallery are hardly flattering but are motivated more by grief than rage. Someone is always selling, selling out, or being sold in L'America. That's been the Italian American experience ever since Ferdinand and Isabella imprisoned Columbus for doing their dirty work. Nevertheless, I feel compelled to depict these awful times and their impact on my people. As Ralph would say, "I need my daily aggravation." 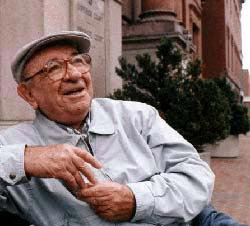