A poet and essayist seek bearings in a civilization lost at sea. Dead reckoning is the nautical term for calculating a ship’s position using the distance and direction traveled rather than instruments or astronomical observation. For those still recovering from the atrocities of the twentieth century, however, the term has an even grimmer meaning: toting up the butcher’s bill of war and genocide. Conducted in the shadow of the centennial of the First World War, this dialogue between Romanian American poet Andrei Guruianu and Italian American essayist Anthony Di Renzo asks whether Western culture will successfully navigate the difficult waters of the new millennium or shipwreck itself on the mistakes of the past two centuries. Using historical and contemporary examples, Dead Reckoning explores such topics as the limitations of memory, the transience of existence, the futility of history, and the difficulties of making art and meaning in the 21st century.

Written for a post-apocalyptic age—a time after the Holocaust, after the Cold War, after Nine Eleven—these poems and essays trace the evolution and reflect on the paradoxes of an increasingly migrant, globalized world. Some pieces are political and historical, others aesthetic and philosophical, still others satiric and journalistic. All, however, are aphoristic and epigrammatic.

Providing readers with a compass and a traverse board, Dead Reckoning steers a course between the devil and the deep blue sea, between modernism’s totalitarian certainties and postmodernism’s nihilistic skepticism. On the horizon looms the Fata Morgana of transcendence. Can seasick humanity ever sail past the sirens of imaginary homelands, whether in the idyllic past or the utopian future, and reach the terra firma of the here and now? Tiziana Rinaldi interviews the authors in "When the Map is Not the Territory" (July 14, 2015).

Order a copy from State University of New York Press.

“Dead Reckoning pilots readers through the purgatory of immigration, a painful sea voyage that with enough courage and hard work can lead through the narrow channel facing paradise: spiritual and material success. Charting the currents between the Old and New Worlds, Andrei Guruianu and Anthony Di Renzo write with the ferocious genius of Pope and Swift and the compassionate heart of Saint Nicholas, patron of sailors and guardian of ports.” — Emanuel di Pasquale, author of The Ocean’s Will

“In the space of the passage from immigrant to citizen in a new home, things fall apart to an apparent nothingness. Guruianu and Di Renzo ask us to consider a brave creativity as an answer for the space where systems fall apart, so that it can be a place where things grow in a reverence for the need to live, to love, to have community, and to be truly free.” — Afaa M. Weaver, author of City of Eternal Spring “A lovely, seductive, original book.” — Thomas G. Pavel, author of The Lives of the Novel: A History 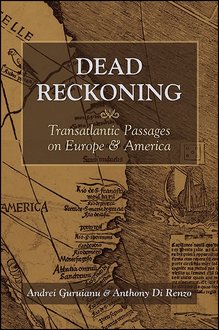 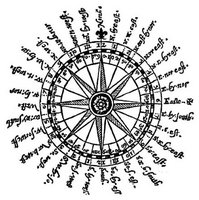 "We have left the land and have embarked. We have burned our bridges behind us—indeed, we have gone farther and destroyed the land behind us. Now, little ship, look out!"  ~Friedrich Nietzsche