Roast peacock, Horace the Roman satirist assures us, tastes exactly like chicken. So does crow; properly seasoned, of course. Horace knew a hundred ways to prepare crow. While never as famished as the poor who clamored for grain in the forum, or were restrained from snatching the meat left on funeral pyres, Horace ate crow for thirty years. As a youth, he had fought with the Republicans at Philippi; but when the imperial forces broke the line, Horace discarded his shield and fled the battle. Pardoned by Octavian, the future Caesar Augustus, Horace became a secretary in the city treasury, attracted the patronage of Maecenas, and banqueted his way into Rome’s literary circle. Good dining taught the country boy from Venusia, the freedman’s son with the bad haircut, to chew and speak simultaneously and to talk out of both sides of his mouth. With these skills, Horace survived the new regime, published his poems, and was awarded a Sabine farm. That is the price of success: Sooner or later, we all eat our words.

Such a heavy meal demands an aperitif. Derived from the Latin apertitiuvum, aperitif literally means “opener.” An aperitif opens a meal, just as a preface opens a book. It relaxes the nerves and stimulates the appetite. Italians always have an aperitivo before supper and encourage our guests to join us. Shall I fetch some? Interestingly, this dinner custom began in the early Industrial Revolution. Originally medicine distilled from spices, herbs, roots, barks, and peels, aperitivi settled the digestive tract. Most contained diluted quinine, so wine was added to mellow the flavor. By the late 19th century, queasy from the shock of progress and plenty, the overwrought bourgeoisie of the Belle Époque inaugurated supper with an aperitivo, usually bitters. For true sophisticates, however, irony remains the aperitif of choice, especially when the entrée is humble pie.

My liquor cabinet is stocked with irony, different brands of irony. Some are harsh like Campari, others sour like Lemoncello, others semisweet like Cynar. Which would you prefer? I keep plenty on hand, since the fall of the Berlin Wall and the Twin Towers. For a lapsed Socialist and a failed saint, who dreamed of writing for the Catholic Worker, the past twenty-five years have been a super-sizing of humble pie. I witnessed the triumph of global capitalism and the decline of the American Republic. But like Horace, I lost my shield at Philippi and learned to tolerate empire. After starving in the nonprofit sector, where malnutrition made my sweat stink like nail polish, I prostituted myself as a copywriter, publicist, and party hack; a period in my life I call the Babylonian Captivity. Repenting, I squandered my savings to earn a Ph.D., only to wind up teaching business and technical writing at a corporate college, the only academic job I could find in a brass-knuckled economy. Now I shop at the supermarket rather than the co-op, order from Amazon, not the downtown book store, and subscribe to ninety-five cable channels.

Vae victis! Woe to the vanquished. 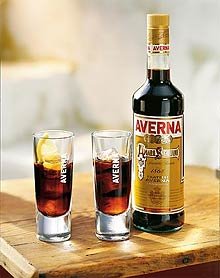