As a teacher, I specialize in classical rhetoric and professional writing. As a writer, I chronicle a fading world—a notary public recording depositions from immigrant ghosts. My work forms an open coroner's inquest in which an entire community examines the overwhelming evidence of its own demise and asks if it was murder, suicide, or accidental death. This ghastly business is relieved only by the participants' sardonic humor. Culturecide does that, turns ordinary people into self-mocking skeletons. Each time I press a keyboard, I hear the rattle of bones.

Guilt and grief haunt me. When I worked in advertising in the early eighties, I learned how capitalism transubstantiates bits and pieces of my heritage into bumper stickers, T-shirts, coffee mugs, and fast food. Such commodification parodies the Eucharist and borders on cannibalism. One campaign for Hormel Heartland Hard Salami, in fact, used Lewis Hine's classic photos of Ellis Island to package immigrants as cold cuts. The free market may serve the American Dream but it also consumes its consumers.

This Thyestean banquet resembles the cuccagnas of my great-great grandmother's time, those horrible spectacles of greed and hysteria that the Bourbon aristocracy of Naples and Palermo staged for their own amusement. A gigantic bonfire of choice meats, fine desserts, and other delicacies would be assembled in the cathedral square. At a prearranged signal, starving peasants would clamber on this stockpile and try stealing whatever they could, while hooded figures set the heap on fire. Those who escaped being burned could keep whatever they had snatched.

Bigotry and betrayal have made me a satirist in the classical mode. I tend to write about and lecture on American business with the same irony Tacitus reserved for the Caesers. Even the emperor Heliogabulus, who encased his victims in a bronze cow before roasting them alive, was less crass than McDonald's founder Ray Kroc. America, paisan: billions and billions served. Save a burger for Trimalchio. 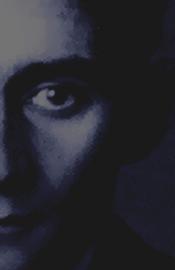 "He was, after all, by now well able to play on this departmental machinery, this delicate instrument always tuned for some compromise or other. The art of it lay essentially in doing nothing, leaving the machinery to work by itself and forcing it to work by the mere fact of oneself being there, irremovable in one's ponderous mortality." 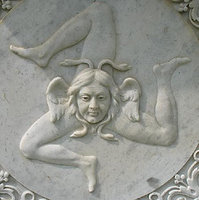