Cynthia is a Professor of acting in Ithaca College's Department of Theatre Arts. A professional actor since 1985 in the U.S., Europe and Africa Cynthia has performed on stage as well as in film and television.  She is the founder of Performing Arts for Social Change. Her work in the area of social justice has earned her the CSPA of New York State's award for "Outstanding Contribution to Social Justice."  She was also cited at the 2008 NYS Women's Expo as one the "20 Outstanding Women You Should Know" in Central NY.  Her directing credits for Ithaca College include: Plumfield Iraq, The Exonerated, Burn This, The Colored Museum, Triad by EJ Gold, and other explorations. She has also directed for the professional arm of the Roy Park School of Communications, Park Productions. Cynthia is a proud member of Actors' Equity and a Fulbright Scholar. Peace 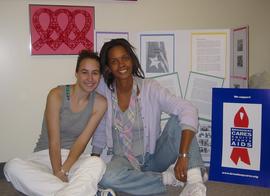