Courses:
Stories for a Change - How can our stories contribute to social change?
Social Change - How does social change occur?
Public Sociology - How do sociologists study the world in order to change it?
Gender, the Environment and Global Change – How do gender and the environment relate and change through colonialism, industrialization, development and globalization?
Social Movements - How do people build movements to demand rights, stop wars, stop global warming, and end poverty?
Community Organizing – How do people organize and what can we learn from the history of organizing?
Global Sociology - How do regular people relate to global processes of colonialism, development and globalization?
Research Methods - How do sociologists study the social world around us, using quantitative and qualitative approaches?
Inquiry & Action for Social Change - How can we use Action Research to contribute toward efforts for social change?

Swords, A. 2019. Action research on organizational change with the Food Bank of the Southern Tier: A regional food bank’s efforts to move beyond charity. Agriculture & Human Values, 1-17.

Swords A. and Richard Kiely. 2010. “Beyond Pedagogy: Service Learning as Movement Building in Higher Education.” The Journal of Community Practice. Vol. 18, No. 2-3.

Swords, A. and Ronald L. Mize. 2008. “Beyond Tourist Gazes and Performances: U.S. Consumption of Land and Labor in Puerto Rican and Mexican Destinations.” Latin American Perspectives. Vol. 35, No. 3.

More about me and my work:
I grew up in Syracuse, NY after living in several small towns as a small child.  My undergraduate degree is in Environmental Studies and Politics from Oberlin College.  My Ph.D. is in Development Sociology at Cornell University.  I became a sociologist because I found sociology offers important tools both for analyzing the world and for changing society.

I'm grateful for opportunities to learn and work with a wide range of people. These relationships help my teaching and research be socially relevant and accountable and allow me to facilitate student engagement with organizations involved in social change locally, nationally and internationally.

I worked for two years in the Dominican Republic with a grassroots organization called Oné Respè. The organization focused on human rights, community-building and organization with children, youth and women from Dominican and Haitian communities.

While doing my Ph.D. at Cornell in Development Sociology, I learned about social movements with colleagues involved in other movements around the world.  My dissertation project focused on the political education strategies of pro-Zapatista organizations in Chiapas, Mexico. With a Fulbright Fellowship, I had the opportunity to collaborate with and learn from scholars and organic intellectuals in Chiapas.

I am on the board of the Committee on US-Latin American Relations (CUSLAR).  Students can learn about the history and politics of the U.S. in Latin America by getting involved with CUSLAR through internships, travel and writing for their newsletter.

I also collaborate with the Food Bank of the Southern Tier and involve students in service-learning and research opportunities with their hunger education and advocacy programs.

I am on the New York State Steering Committee of the Poor People's Campaign.  I serve on the education committee of the Kairos Center.  I have been involved since its inception with the Poverty Initiative, a national network of organizations dedicated to building a movement to end poverty led by the poor across racial lines. Through these connections, students can learn about the leadership of the poor, challenge myths about poverty, and take part in immersion programs. 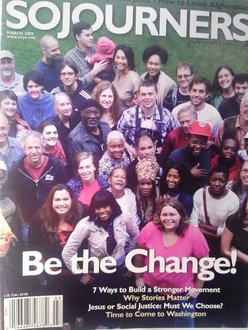