Frisch spent 15 years working at newspapers in the Finger Lakes region of New York and in York, Pennsylvania. She worked as a reporter, photojournalist, managing editor, regional editor and executive editor. She won numerous Associated Press Awards for feature writing, investigative reporting and digital innovation in storytelling. Her staff won AP Newspaper of the Year for several consecutive years from 2008 – 2014. She was recruited to run a newspaper in York, Pennsylvania in 2014, where she transitioned a small but journalistically mighty newspaper into a digital powerhouse in a joint operating agreement with Gannett, Co. that required simultaneous collaboration and competition with Gannett to ensure a healthy business model for the smaller paper in the partnership. Under her leadership, the York newspaper won Pennsylvania News Media awards for diversity and video excellence in 2016 and 2017.

Frisch received her Master’s in Business Administration (MBA) from Rochester Institute of Technology in 2016, before transitioning to higher education as an adjunct professor, while still running the newspaper in York, Pennsylvania. Her goal is to understand, from a business-model perspective, how to fully fund quality journalism with integrity, creating revenue from innovative sources to allow journalists to work unencumbered by the fear of a lack of financial resources. In 2018, she transitioned to higher education full time. Frisch is a member of the Association for Education in Journalism and Mass Communication and the Society of Professional Journalists. She is interested in innovative funding models to support journalism and specifically the way higher education in communications can form partnerships with local and regional media to challenge the threat to democracy caused by a lack of local media coverage, also known as news deserts. Her work also focuses on new iterations of video journalism that take a cinematic approach to storytelling without compromising fact-finding, truth-seeking and transparency. 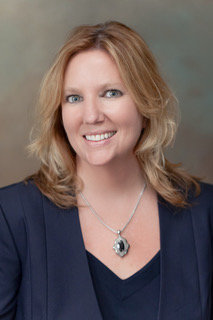