“Secularizing the Qur’an?” and “Decoloniality and Internal Colonialism: The secular turn in Qur’anic Studies.” Center for Intercultural Dialogues (Granada), and the University of California, Berkeley, Granada Spain, July 7, 2017.

“Why is it so Hard to Speak about Islam?” NYI-St. Petersburg Institute of Linguistics, Cognition, and Culture, Russia, July 24, 2014.

“On Anti-Anti-Foundationalism: Nasr Abu Zayd’s ‘Rethinking’ of the Qur’an,” Conference on Islamic Newthinking: In Honor of Nasr Abu Zayd. Kulturwissenschaftliches Institut of Essen and the University of Zurich, Essen, Germany, June 26-29, 2011.

“Abraham in the Qur’an: the unbound body,” Keynote, Conference on Religion and the Body.  Donner Institute for Research in the History of Religion, Åbo Akademi University, Åbo (Turku), Finland, June 16-18, 2010.

“Islam and Body Politics: Inscribing (im)morality,” Keynote, Nordic Society for Philosophy of Religion conference on “Religion and the Politics of the Body.” University of Iceland, Reykjavek, June 26, 2009.

“Would Spinoza Understand Me? Europe, Islam, and the Mirror of Difference.” Spinoza Lecture. University of Amsterdam, the Netherlands, June 5, 2008.  (Also presented at the University of Nijmegen, June 17, 2008.)

“Believing Women in Islam: Between secular and religious politics and theology,” Spinoza Lecture. University of Amsterdam, the Netherlands, May 8, 2008.

“Challenges of Reading/ Interpreting the Qur’an,” Master Class, Institute for the Study of Islam in the Modern World, Leiden, the Netherlands, June 25, 2007.

“Still Quarrelling over the Qur’an: Five theses on interpretation and authority.” Conference on Redefining Boundaries.  Institute for the Study of Islam in the Modern World, Amsterdam, June 24, 2007.

“Women in Islam: Between Oppression and (Self-) Empowerment,” Friedrich-Ebert-Stiftung. Cologne, Germany, March 9, 2007.

“Women’s Self-Emancipation through the Qur’an.” University of Amsterdam, the Netherlands, November 21, 2006.

“‘Hold(ing) Fast by the Best in the Precepts:’ The Qur’an and Method,” Conference on the Changeable and Unchangeable in Islamic Thought and Practice, Sarajevo, May 7-9, 2005 (read by Christian Moe). 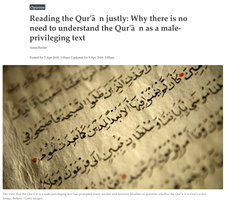 Panel on Islam with Shirin Ebadi 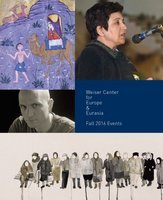 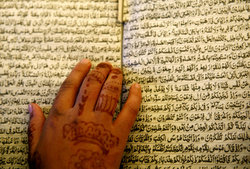 Italian translation of "Violence against Muslim women" ("Let me explain why the Koran is not sexist"),  Corriere della Sera, 27 Ora, October 11, 2015.

Not an Islamic Feminist!

Why I Don´t Call Myself an Islamic Feminist, Granada, 2014.

Women's Rights from the Qur'an

A Balloon for Allah

Faith and Culture: The Voice of Faith and Public Reason:
Discussion moderated by Raimond Gaita; 2012. 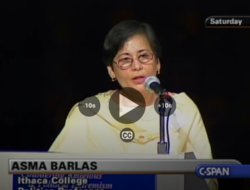