I joined the Politics department in 1991 and will be retiring in August 2020. For about half this time, I served as the founding director of the Center for the Study of Culture, Race, and Ethnicity (1999- 2002; 2006-15); in Spring 2008, I also held the Spinoza Chair in Philosophy at the University of Amsterdam, the Netherlands. However, my career path began in 1976 in Pakistan's Foreign Service, from which I was later fired at the behest of the country's military ruler, Gen. Zia ul Haq, for criticizing him. I then worked briefly as the assistant editor of the Muslim, an opposition paper, before leaving for the U.S., where I received political asylum.

My non-academic work includes poetry, short-stories, and a weekly column for the Muslim. My academic is about different aspects of violence, in particular, colonial, sexual, religious, and epistemic. My first book traces Pakistan's chronic militarism (and India's electoral politics) to British colonial rule (Democracy, Nationalism and Communalism: The British Legacy in South Asia; Westview, 1995). My next contests interpretations of Islam’s scripture that sanction violence and discrimination against women in addition to proposing a liberatory hermeneutics (Believing Women in Islam: Unreading Patriarchal Interpretations of the Qur'an, University of Texas Press, 2002; 2019; U.K., Saqi, 2019; and, Believing Women: A Brief Introduction, co-authored with David R. Finn, UTP, 2019). Post 9/ 11/ 2001 writings explore the millennium long history of Western narratives and representations of Islam and Muslims (Islam, Muslims and the U.S. India, Global Media, 2004; and Re-understanding Islam, Netherlands, Van Gorcum, 2008), while more recent work engages with secular and Third wave Muslim feminist critiques of the Qur'an's sacrality (a new chapter in Believing Women; Journal of Feminist Studies in Religion; and Philosophy and Social Criticism). Currently, I'm writing about historicizing some rights in the Qur’an as a way to recuperate its advocacy of mutual guardian-ship and an "ethics of responsibilization" (to rephrase Jacques Derrida) between women and men.

Believing Women has been published in Bahasa Indonesian (2005) while several essays deriving from it have been translated into other languages, including Arabic, Bengali, Spanish, Dutch, Portuguese, French, and German. I've also been invited to speak about my work on the Qur'an in different venues and have especially appreciated doing so in Indonesia, Spain (Granada), Turkey, Russia, and Iceland. 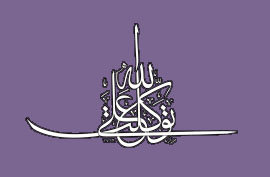 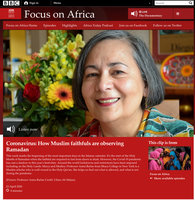 This week marks the beginning of the most important days in the Islamic calendar. It's the start of the Holy Month of Ramadan when the faithful are required to fast from dawn to dusk. However, the Covid-19 pandemic has cast a shadow to this year's festivities. ... Professor Asma Barlas from Ithaca College in New York is a Muslim scholar who is well-versed in the Holy Qur’an. She helps us find out what is allowed, and what is not during the pandemic.